With higher topography and wooden layer piling skill, Frozen Realms Artifact series is what we predicted in our Artifact series making Tour: with 16 wooden layers at maximum number inner the limit height of a SA Row 1 cap. Jelly Key can now bring you to a state-of-the-art Forbidden Realms, it’s Frozen Realms in which depict the glacier, frozen mountain and cliff, subterranean river and glowing caves and winter botany.

We started the journey to the Frozen Realms by blind drawing with individual layer on the screen. “Blind drawing” is like you’ve got the imagination of a topographic scene with a bunch 2D vector slices piled on each other, it means the designer must seize how the topography of a cave would look like since it was on the flat vectors arrangement, those vectors would be laser cut on our new wooden sheet piece by piece. After that, our craftsman layered them on top of each other in an order which follows the instruction of the 2D layers sketches. This step took a lot of concentrativeness, it’s much more harder than its previous Forbidden Realms used to be. In the Forbidden Realms series, the whole topography were layer from the bottom to the top in which their bottom layers was intact square, but in this series, the bottom layer was cut into separate pieces, that’s why it took more effort to arrange them at the exact positions unless it would fail the whole structure of the topography. Each topographic design is a completed structure that once when our craftsman got on the top layer, they’d never be able to come back.

Sign up with your email address to receive email when this group-buy open!

The next step is to cover the topographies with sleet and some non-belong-to-Earth plans as well as the glow worm inside the cave. We took times to search how the color would appear or to set off the background of a whiteout alpine and eventually did several options for you. The glaciers gave us much brain hack, we want both relevant combinations and pleasant effects for the cap, and we got some. Finally we filled the mold with transparent resin to form a perfect shape of profile Cherry, SA row 1 and 3 so you’ve got nearly dozen option to choose. 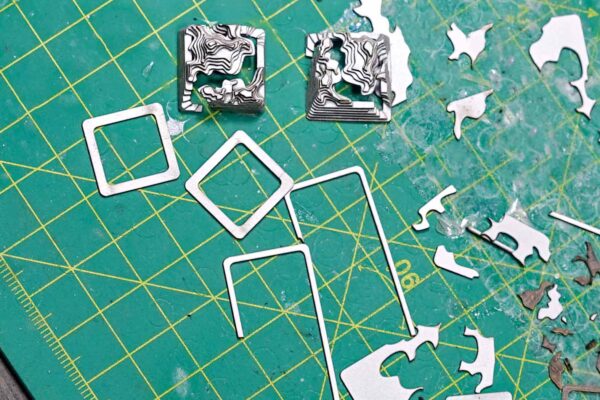 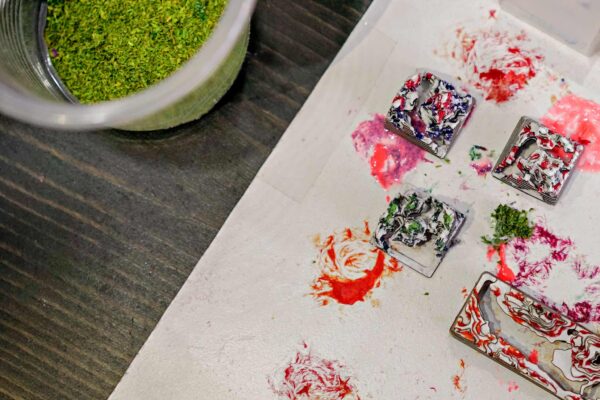 The series got backlit effect that reflects the glaciers’ chroma and the phosphorescent effect – the glow-in-the-dark effect we usually say.

But before you jump the whole collection, let’s started with our very first prototypes and see how it’d twist your imagination, how you’d feel about the Frozen Realms.