Our Inferno Keycap process is on the asymptote with packaging finish line. But don’t you worry! They will soon intersect because this is not Graph of Functions Maths, Jelly Key is in charge of this step, so they’ll be sending away to our proxies in several days. Then you’ll only wait few days, no more to face the Inferno. Be well-prepared.

In the previous blog post, we had mentioned you about Jelly Key’s friends sharing their photos of Shangri La voyage, and also its making process. In this Inferno Keycap series, although we’d got lots of experiments with making Shangri La Keycap before, our craftsmen still had to face unlesser toughness. Beside the hand painting process in which our craftsmen must make sure every keycap has to have the exact lava color effect. 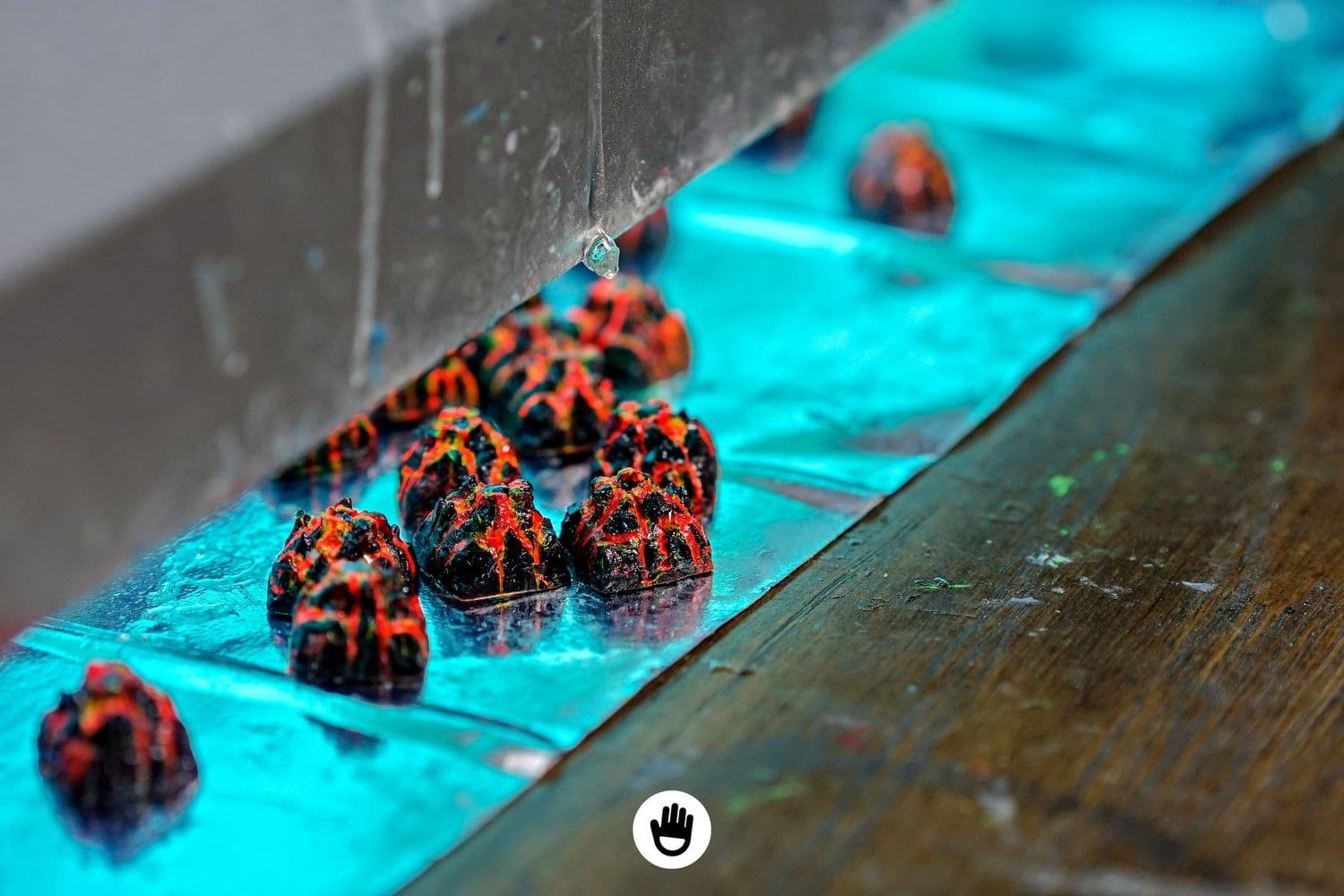 Another process teased them even harder – Inferno smokes making. This is the deadliest part, if this step failed, a keycap would become a breakdown keycap. The reason is: Smoke is made by a transparent and a white liquid, slightly mixed until they would turn out a still transparent liquid but with white streams, after that, the solid part will be added into the mold with that liquid, an opaque liquid would spoil the design criterion, we wouldn’t be able to see the smoke floats in a clear space with that opaque liquid. This took lots of careful hand stirring and high perceive. That’s what particular of artifact crafting, there’s no two identical methods for two distinct artisan products. Only same requirement, every keycap has to be met the quality of the design, strictly, deadly. Hopefully that you can tell how tenacious we had to be when crafting our products. 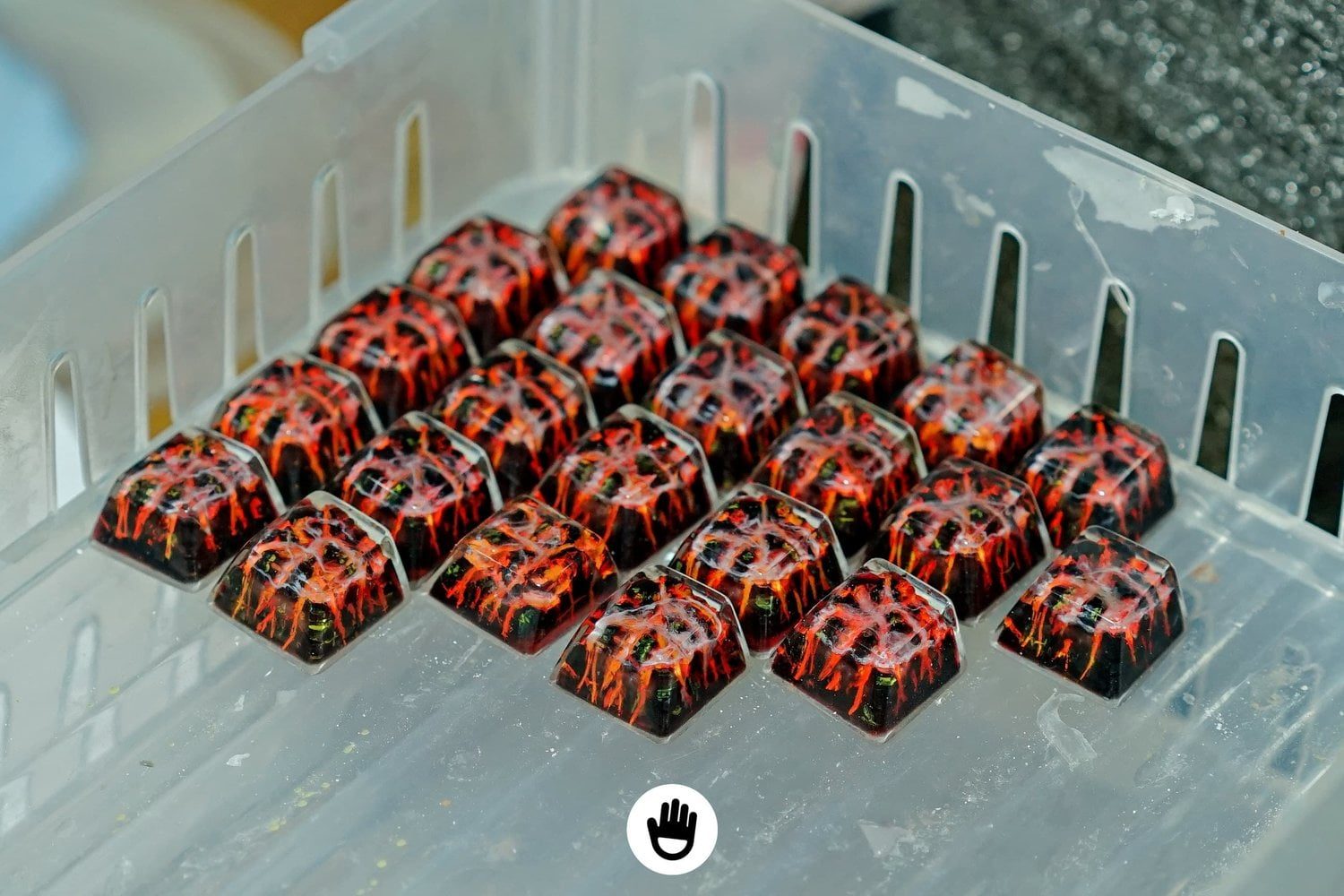 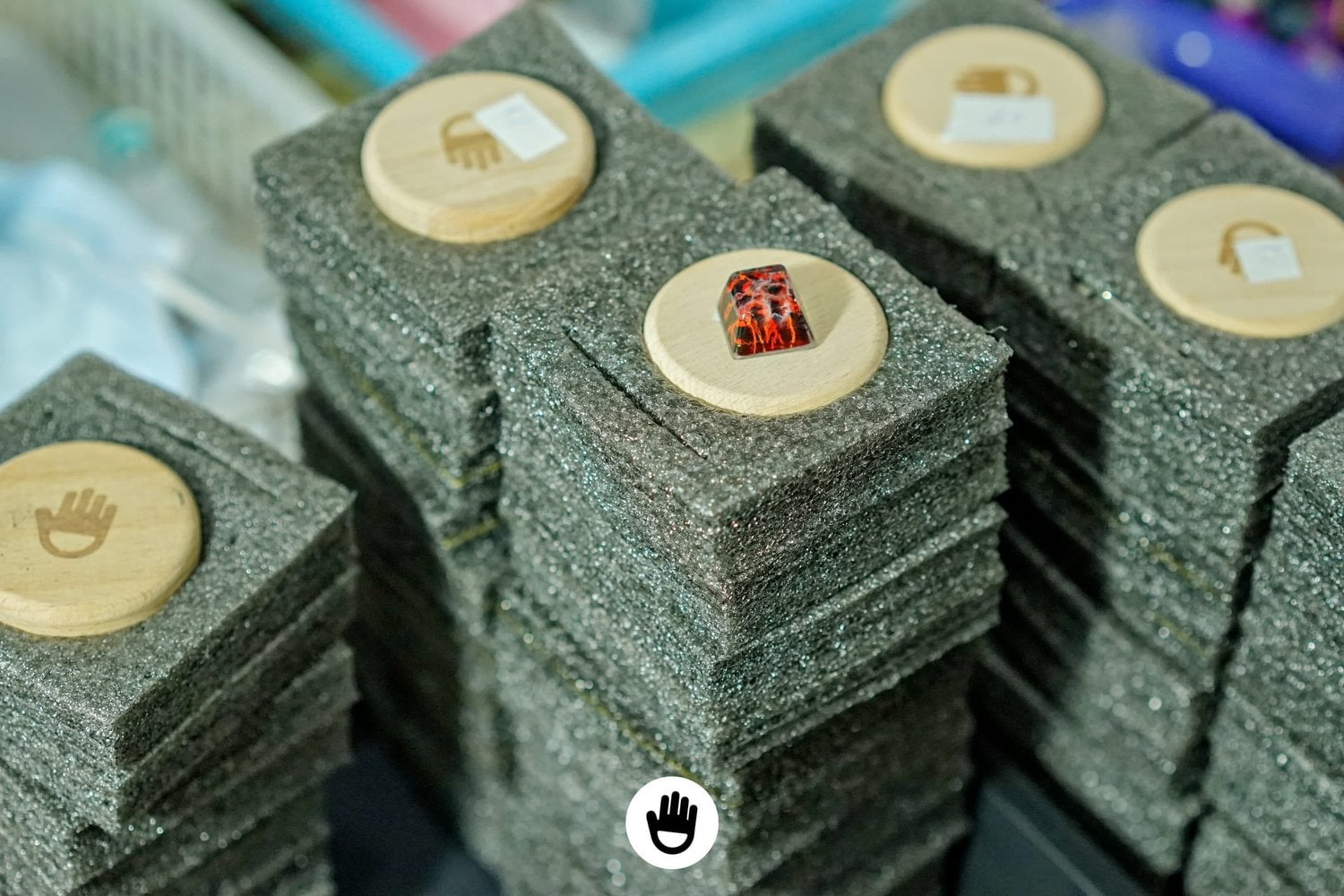 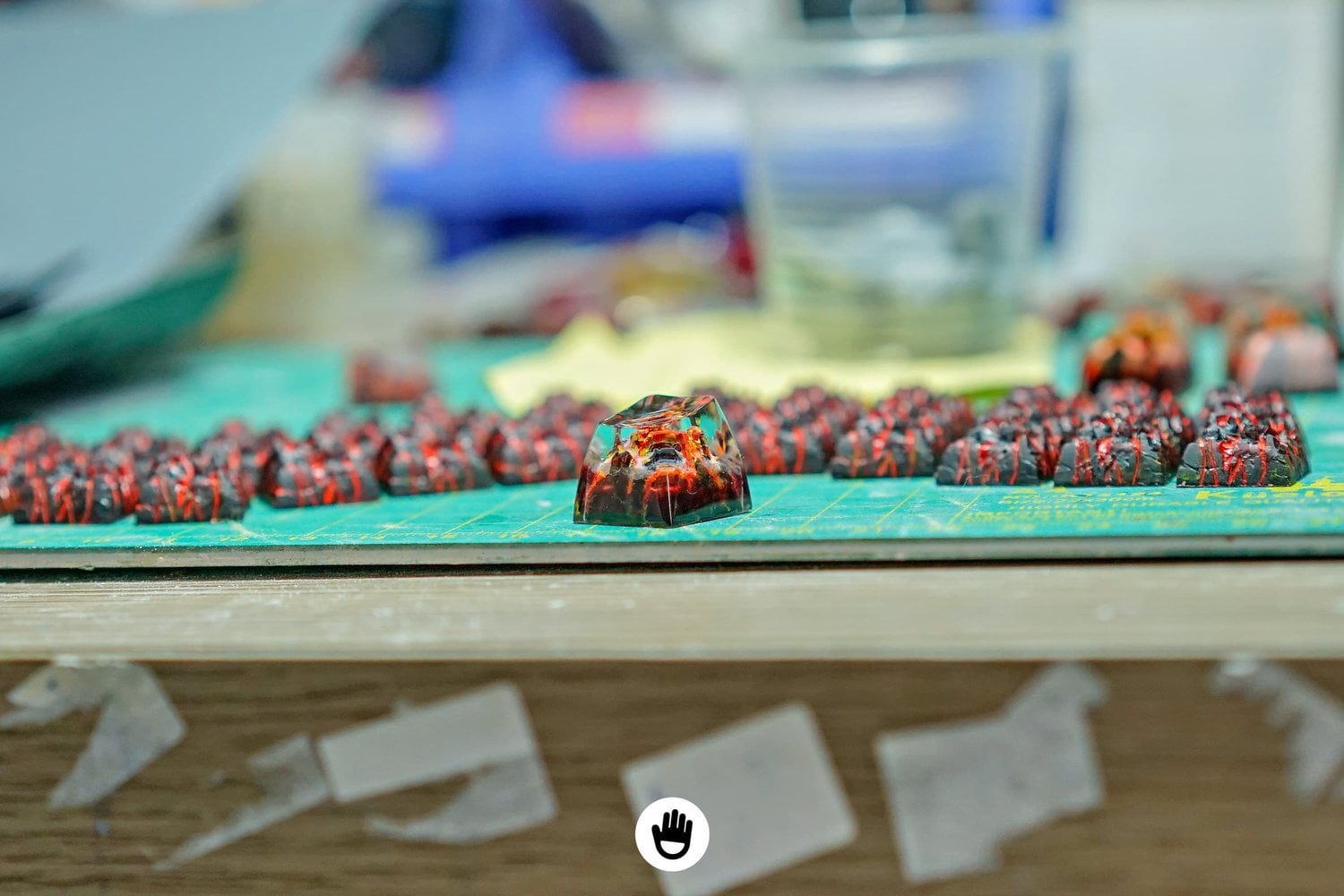 But above all, we’re truly happy that our effort had been chosen by you, Jelly Key’s friend. Thank you for always encourage us.