The turtle have got their Sphincter master sculpture, so we asked them to make another version of the Sphincter sculpture on our keycap, and they’re ok with it.  But we’re not sure what will real Mr. Splinter would say but, anyway. That’s why we’re here.

This is “On offer” products, begin to shipping 20 days after your order has completed, read more.

Such a strange thing. You had no idea what had happened at Jelly Key workshop last week. I’m not playing around the bush, let me tell ya.

On previous Monday, there were four turtles dressed like ninja knocked at our door and asked to see our artists. They brought along a creasy photo of a rat wearing a trifocal goggles and dress alike them, telling us that the rat is their ninja master. “That’s…weirdo” we thought but we still listened to their story.

They introduced themselves as Don, Leo, Raph and Michel, and they was named by their master. (Bet that rat must be obsessed with Renaissance Artists though.) They shared that they’ve been fighting out there to much that they don’t have many chances to visit their master. That’s why they want to have a sculpture of him and the idea is from Michel. Then Raph found a poster on the internet depicts their master in a cute high-kick posing while he was searching for video game – it’s the poster they had on their hands when they first visited us, so they decided to have sculpture that way because Don also agreed not to have a too-realistic-master-sculpture. So Leo had frequented our workshop in the whole week to give advices for the colors they want, shouldn’t be the same all cause bad guys might find out exactly who’s their master if they have the same sculpture of Splinter. We decided to call the sculpture Sphincter Cell – as its character in the game.

Each version of the sculpture would be name after each turtle guy, so we have uncle rat with “bluetooth” name Leo, the red band is Raph. The purple eared one is Don and the one wearing orange trifocal goggles is Michel. Other colors are freely picked by our artist before Michel put his hand in the process. So we’ve got a brown furred named Biscuit, grey guy is Remy and the last one is Cantaloupe.

The turtle have got their Sphincter master sculpture, so we asked them to make another version of the Sphincter sculpture on our keycap, and they’re ok with it.  But we’re not sure what will real Mr. Splinter would say but, anyway. That’s why we’re here. 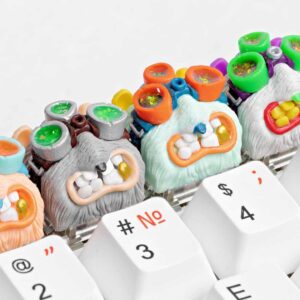 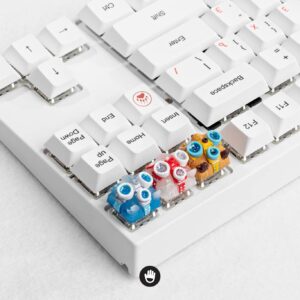 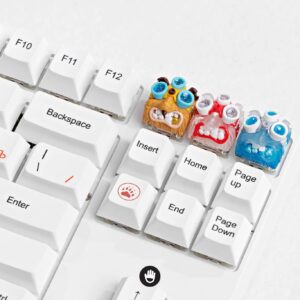 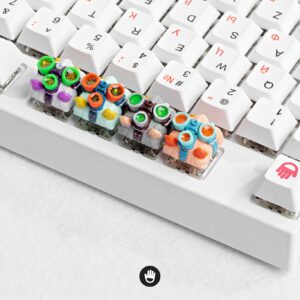 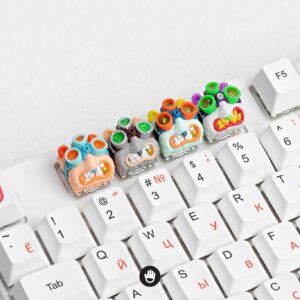 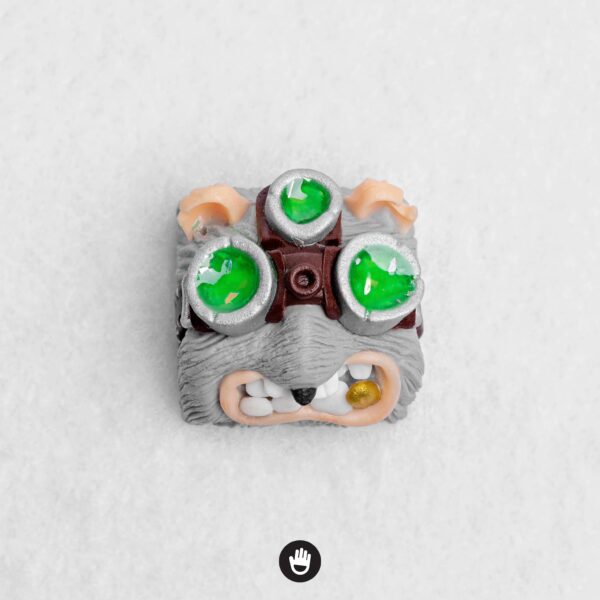 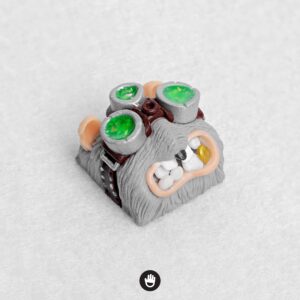 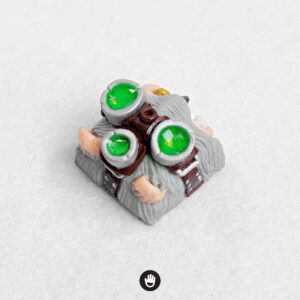 Name after the Remy the Chef in Ratatouille, it has grey fur and nude color ears and lips. In this version we imagine him was working as a spy in a 5 stars restaurant kitchen, do you know what he could do in the kitchen with the thermal vision? It’s red everywhere. 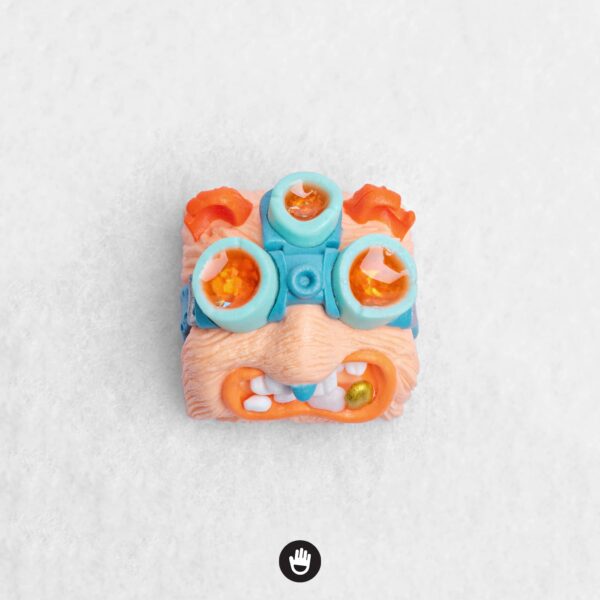 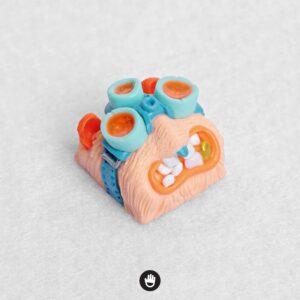 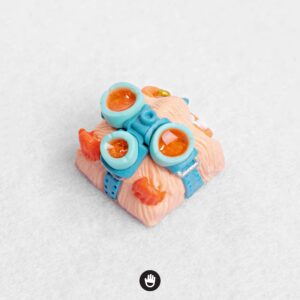 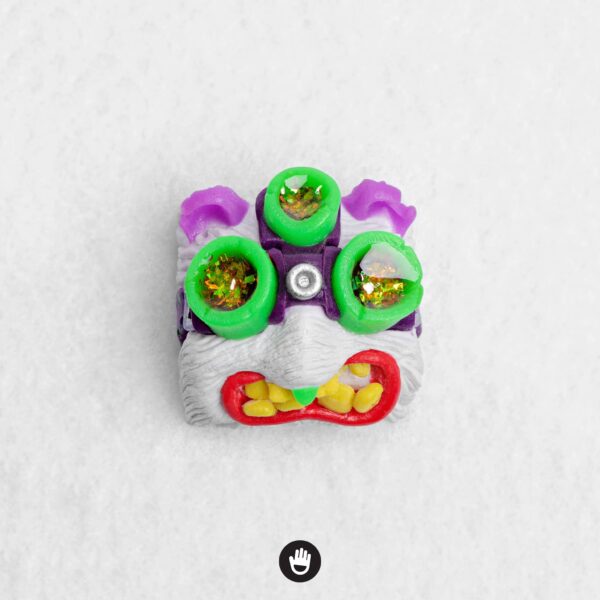 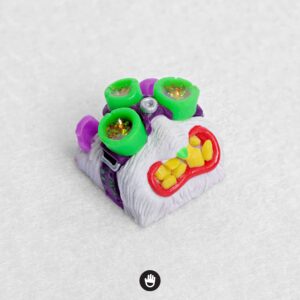 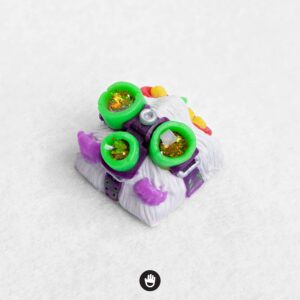 Don wanted to try his master sculpture on the thêm color of Joker, so this keycap have the color of purple, bright green, yellow teeth and the iconic red lips.

Raph and Leo is more likely into Jelly, really jelly, so Michel as us to cast their sculpture with transparent component, then Raph is with red band and Leo become a bluetooth version. 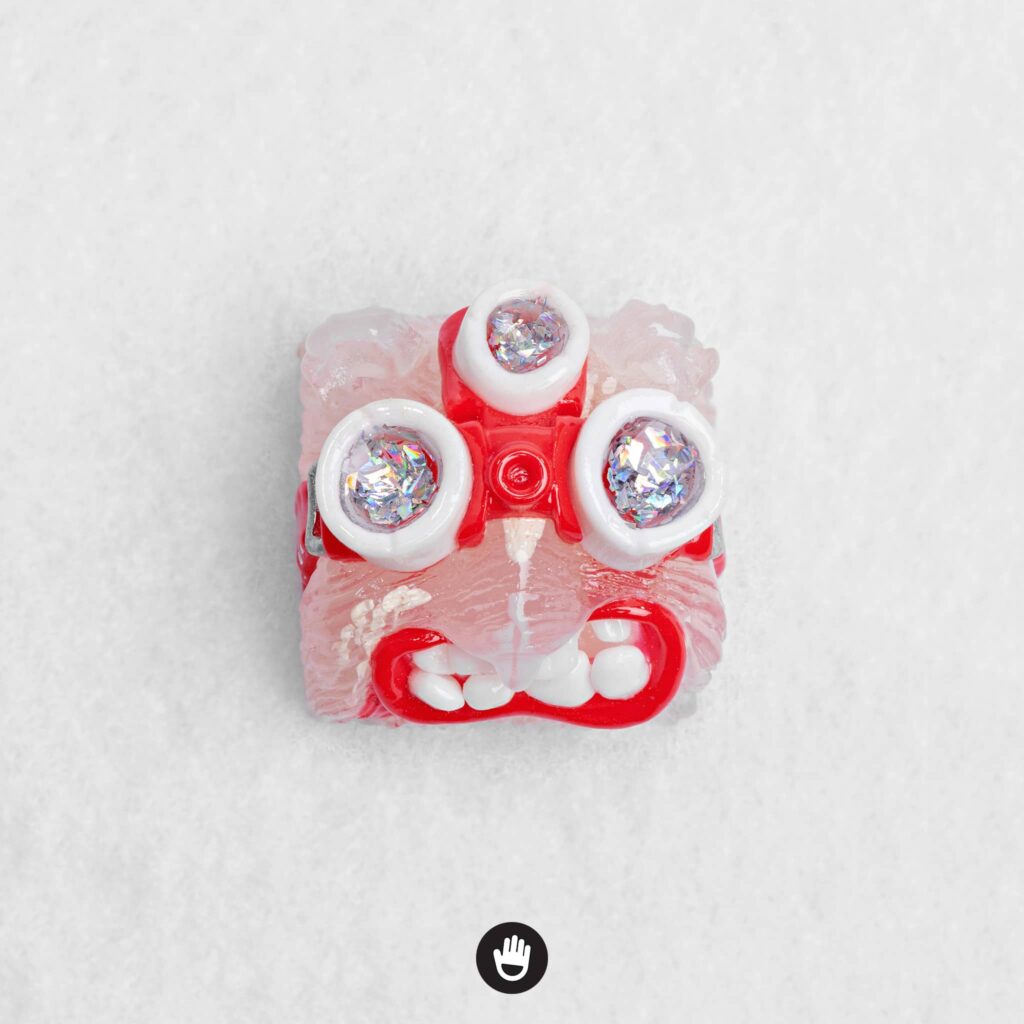 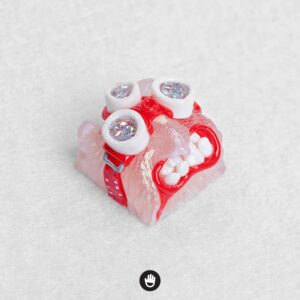 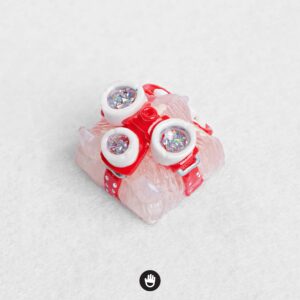 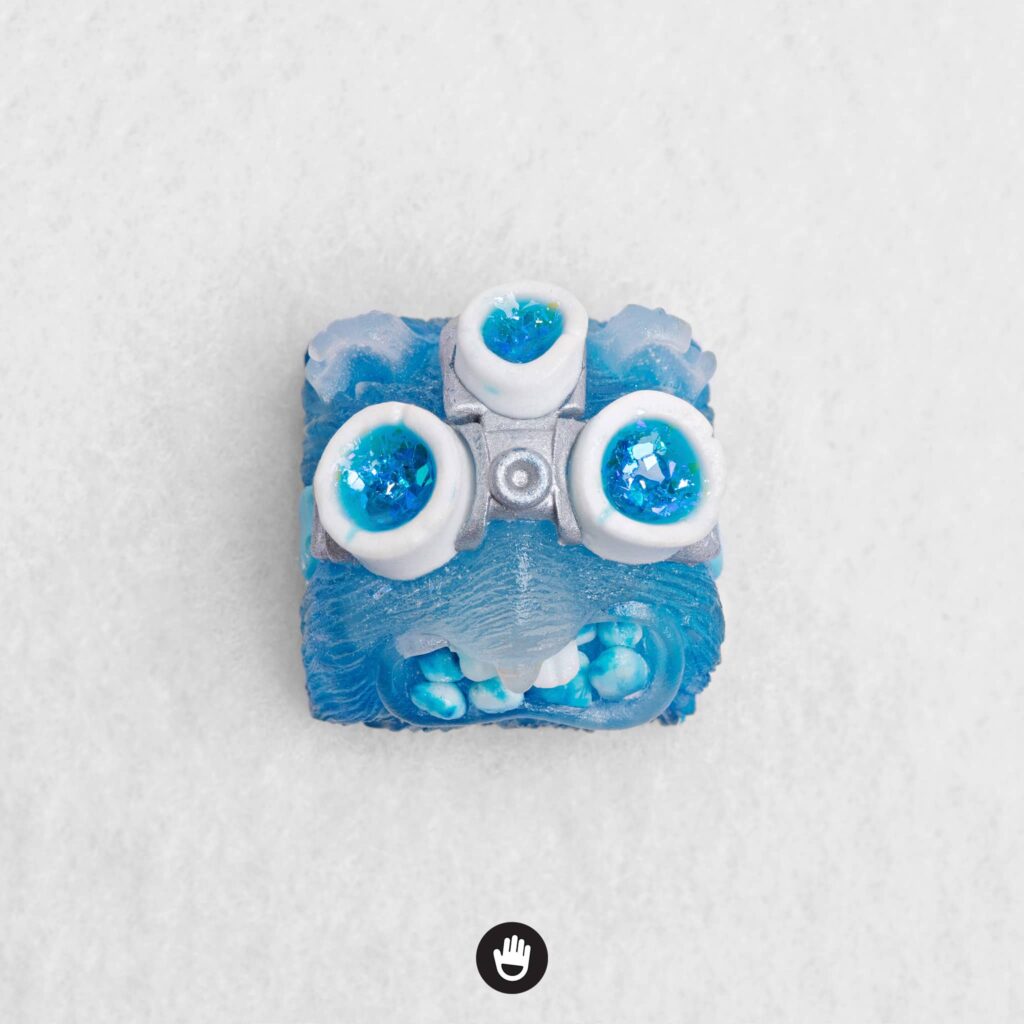 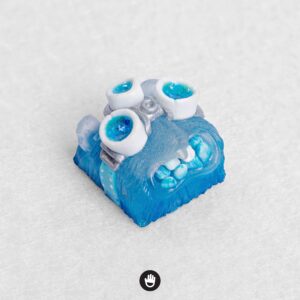 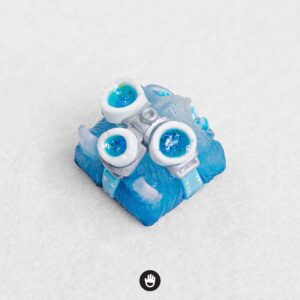 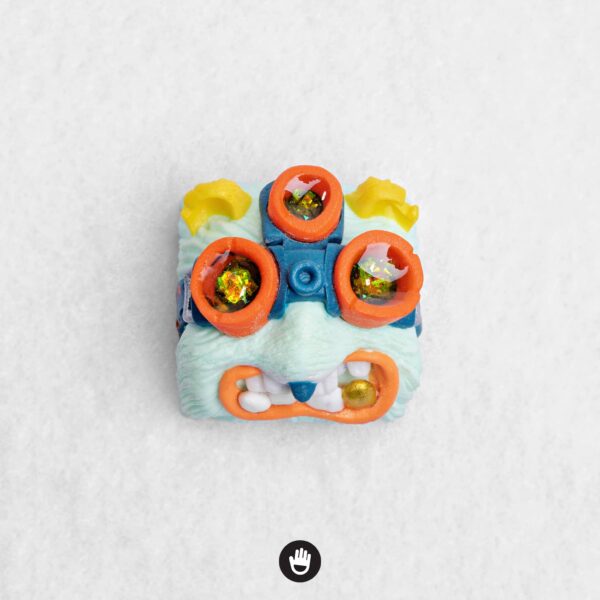 Michel chose the colors himself, he explain he want to try with a different effect with his favorite orange color on the goggles rather than on the band, so we suggest him to use the dark blue for the band, it’s a pretty good relevant combination. The ears is yellow and told us to have the golden tooth on the sculpture at the last minute, he shrugged his shoulders and said “That’d be an icon” 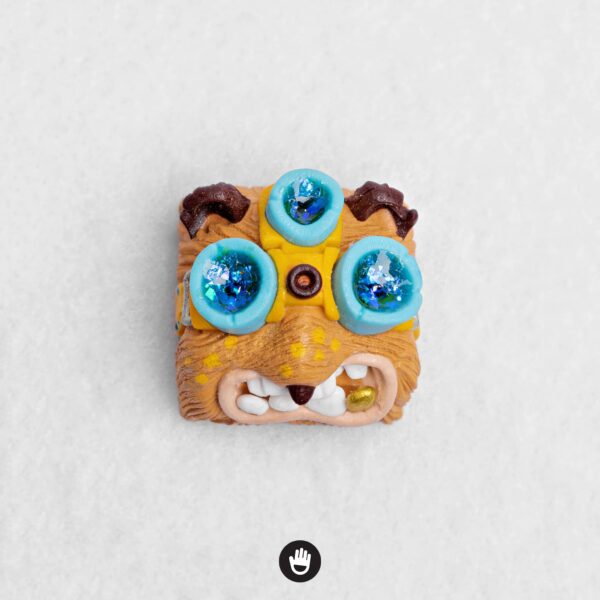 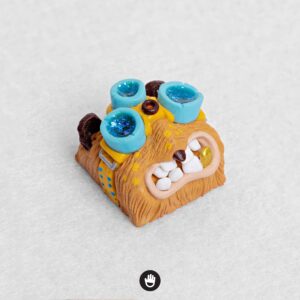 Biscuit is a fawn furred, brown eared rat and with yellow dots on its face, actually look like a biscuit, It wear a light blue trifocal goggles. Its pointy nose is brown as its ears and if you notice, it has a golden tooth. Wondering if our painter was hungry and thought of a treasure island while of biscuit when painting it?

Add a review Cancel reply
We have been practiced this policy since day one. At some point, we handled it very well, and fast, at some point, we failed due to communication issues.