2020 – the Year of the Rat is almost over. When a year is coming to an end, we brace ourselves for the next, and this time, it’s gonna be a mighty Ox! Our Jelly Key Team is working on several prototypes for the zodiac animal of 2021, with some funky twists on the traditional symbol of the year.

Please note that we won’t open the group-buy for this particular collection as it will be a limited edition for New Year Specials. Some keycaps in the series are promotional gifts, and some will be in our giveaway program. Stay tuned as the new year is coming real soon!

Now this is the big moment for all of us to welcome a better, more exciting year ahead with happiness and prosperity! What else should 2021 bring to us following this extremely interesting culture of the new year celebration of Asian people? Read on and find out!

Let’s start with the zodiac of this upcoming year first: the Ox. Say goodbye to rat, and a big hello to ox! In many Asian countries, the ox is the second of the repeating 12-year cycle of animals in the lunar calendar. Each year has its own reputed attributes of that animal, and here’s a fun fact for you, there’re several variations of this zodiac in other countries in the region: for the Vietnamese zodiac, the water buffalo occupies the position of the Ox. Or in Nepal, the Tamu and Gurung people celebrate the year of the Cow. No matter what kind of animal they are, this second position in the zodiac cycle represents diligence, strength, and determination.

According to an old mythological tradition, the 12-year cycle was determined by the “Great Race”. This race was held by the Emperor, announcing that the years on the calendar would be named for each animal in the order they reached him. To get there, the animals would have to cross a great river.

Obviously, the Cat and the Rat were very bad at swimming, but they were both intelligent and could quickly think of another way to win the race. Using their wit, they decided that the fastest way to cross the river was to hop on the back of the Ox. As kindhearted and naive as it was, the Ox agreed to carry them both across. The Ox crossed easily enough because its body was large, powerful, and perfectly adept both on land and in water. As the Ox was about to reach the other side of the river, the Rat pushed the Cat into the water, and then ungratefully jumped off at the last minute to cross the finish line and rushed to the Emperor. It was named the first animal of the zodiac calendar. The Ox had to settle in second place.

As you can see from this ancient folk story, the Ox is the symbol of honesty and patience. He would have been first on the zodiac calendar if he decided to say no, but he couldn’t. That’s one trait that’s worth everyone’s admiration! 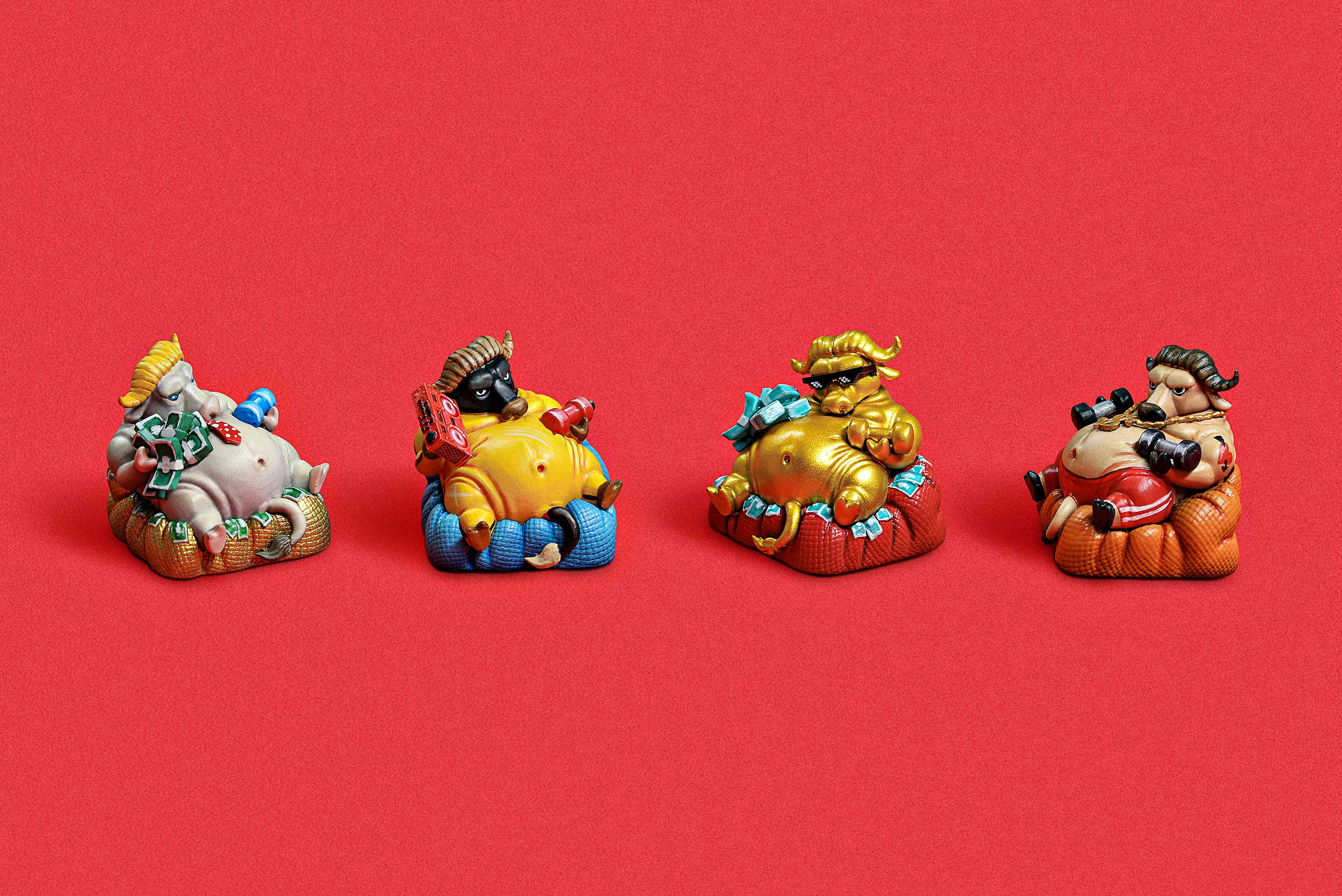 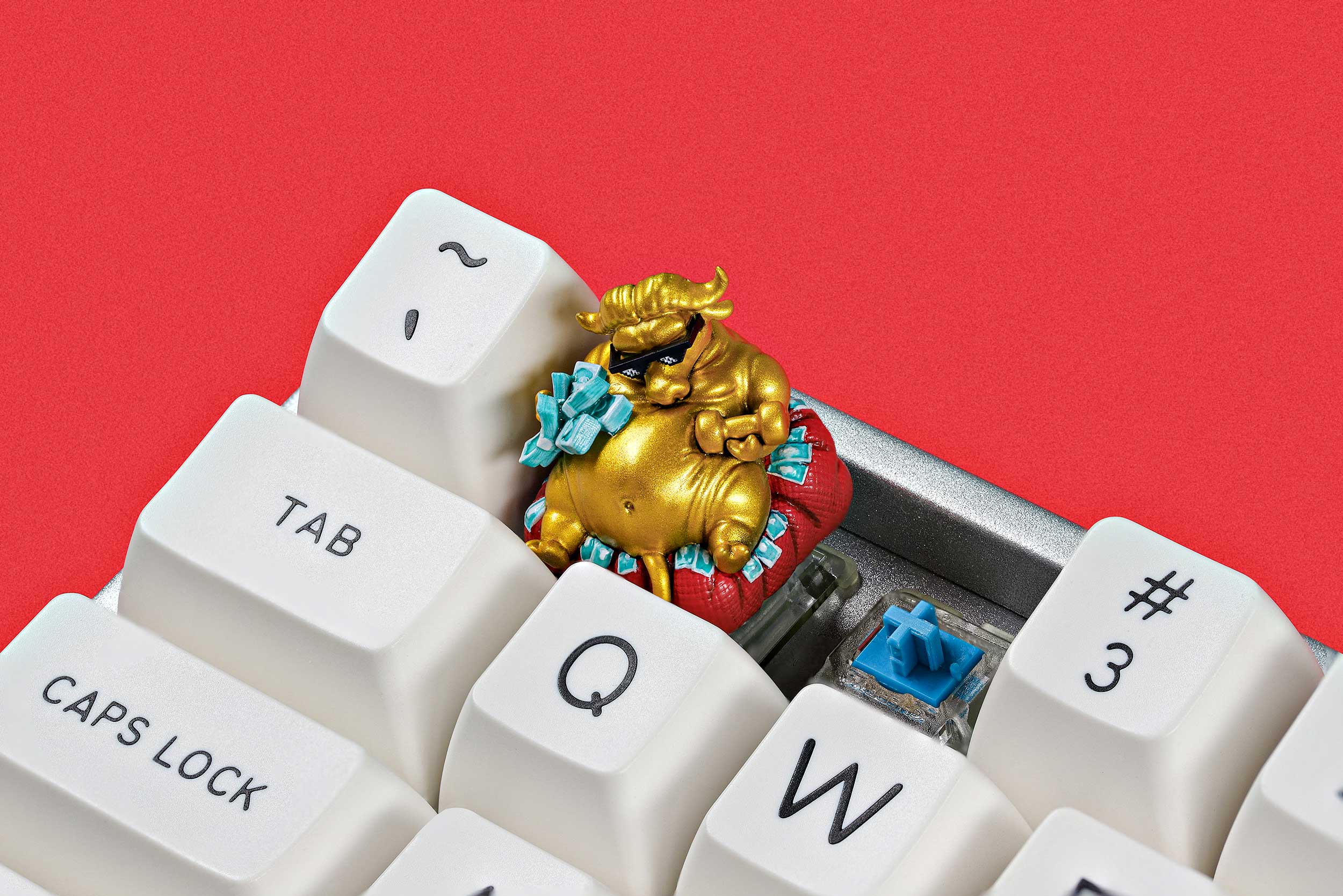 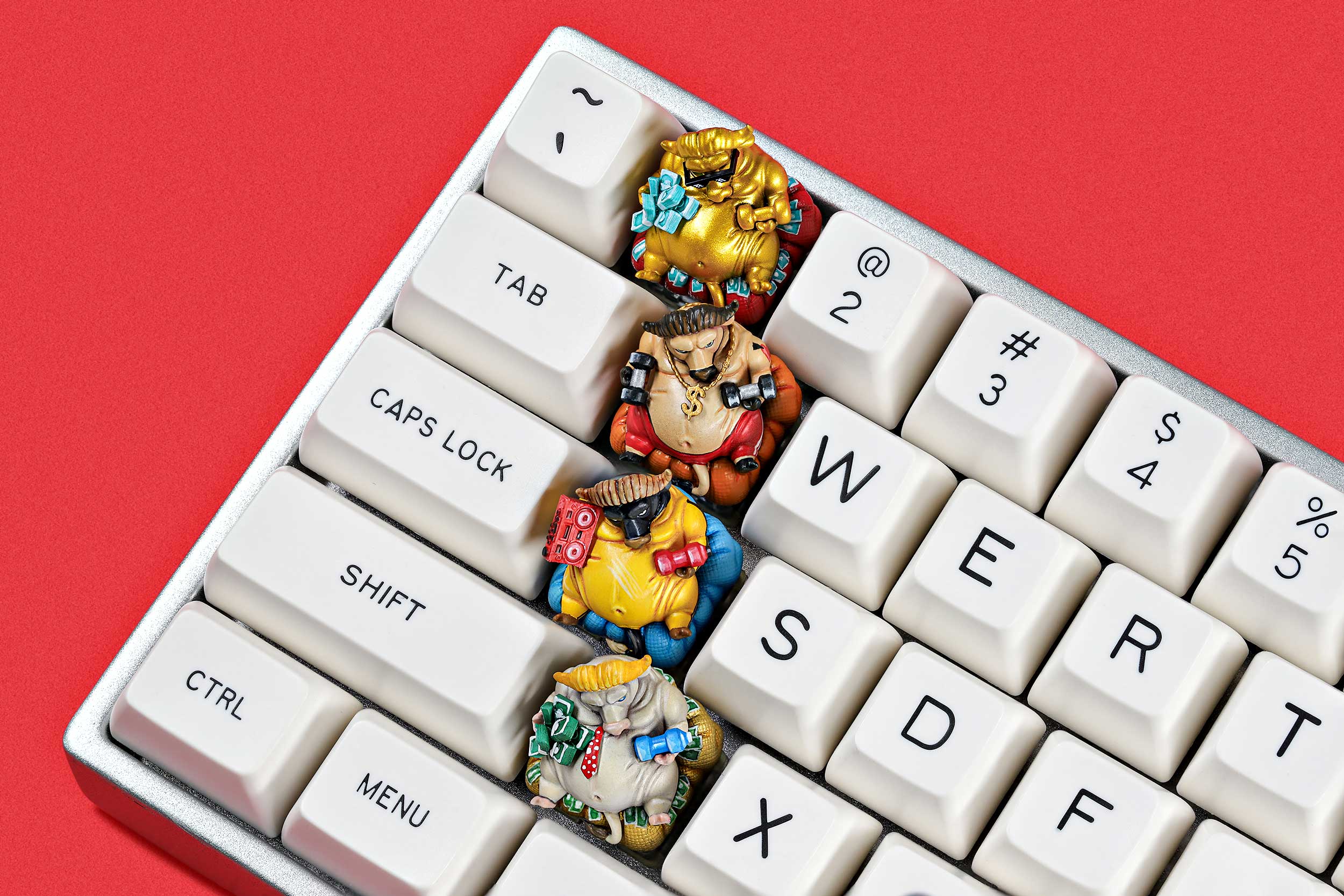 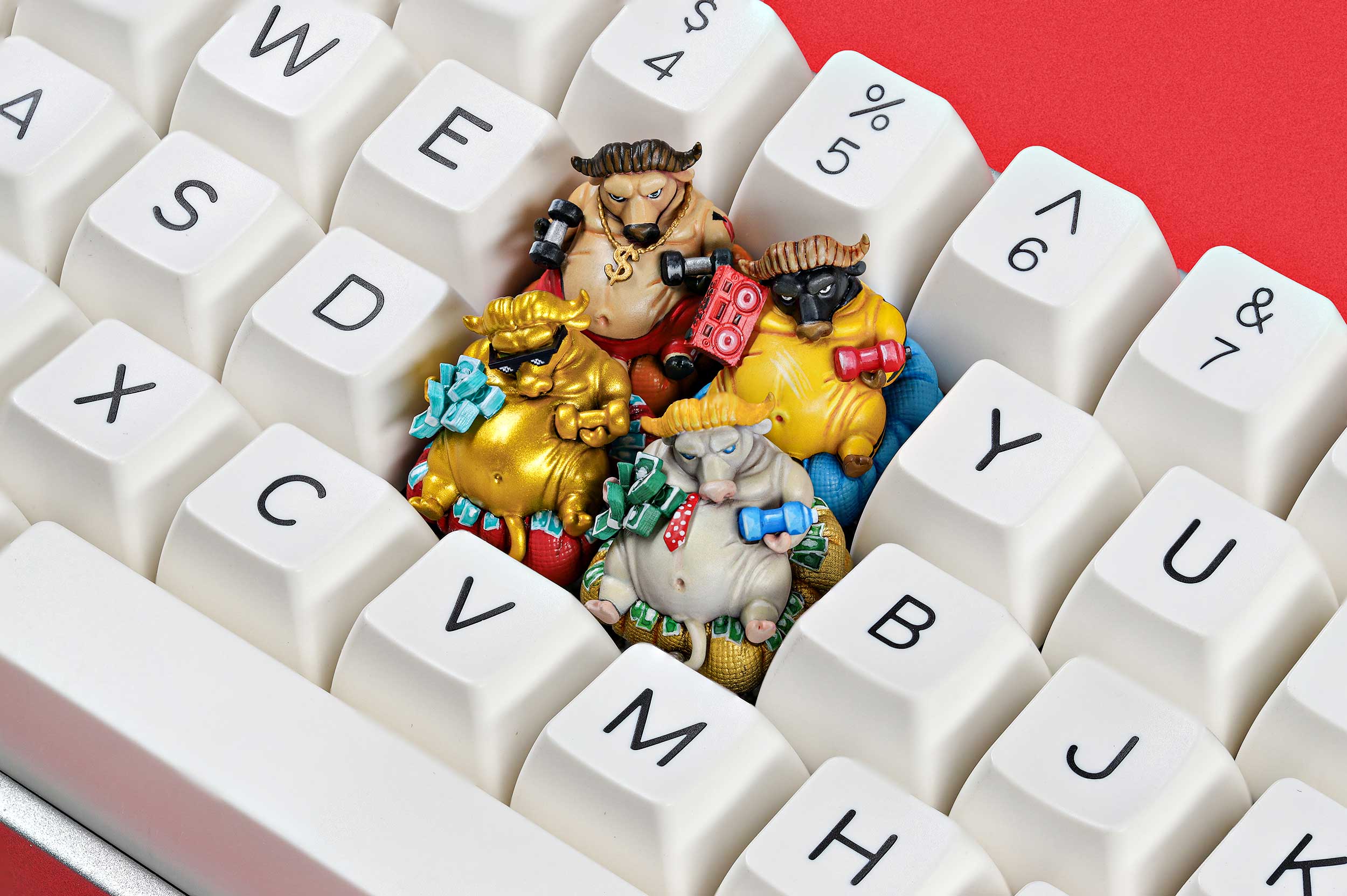 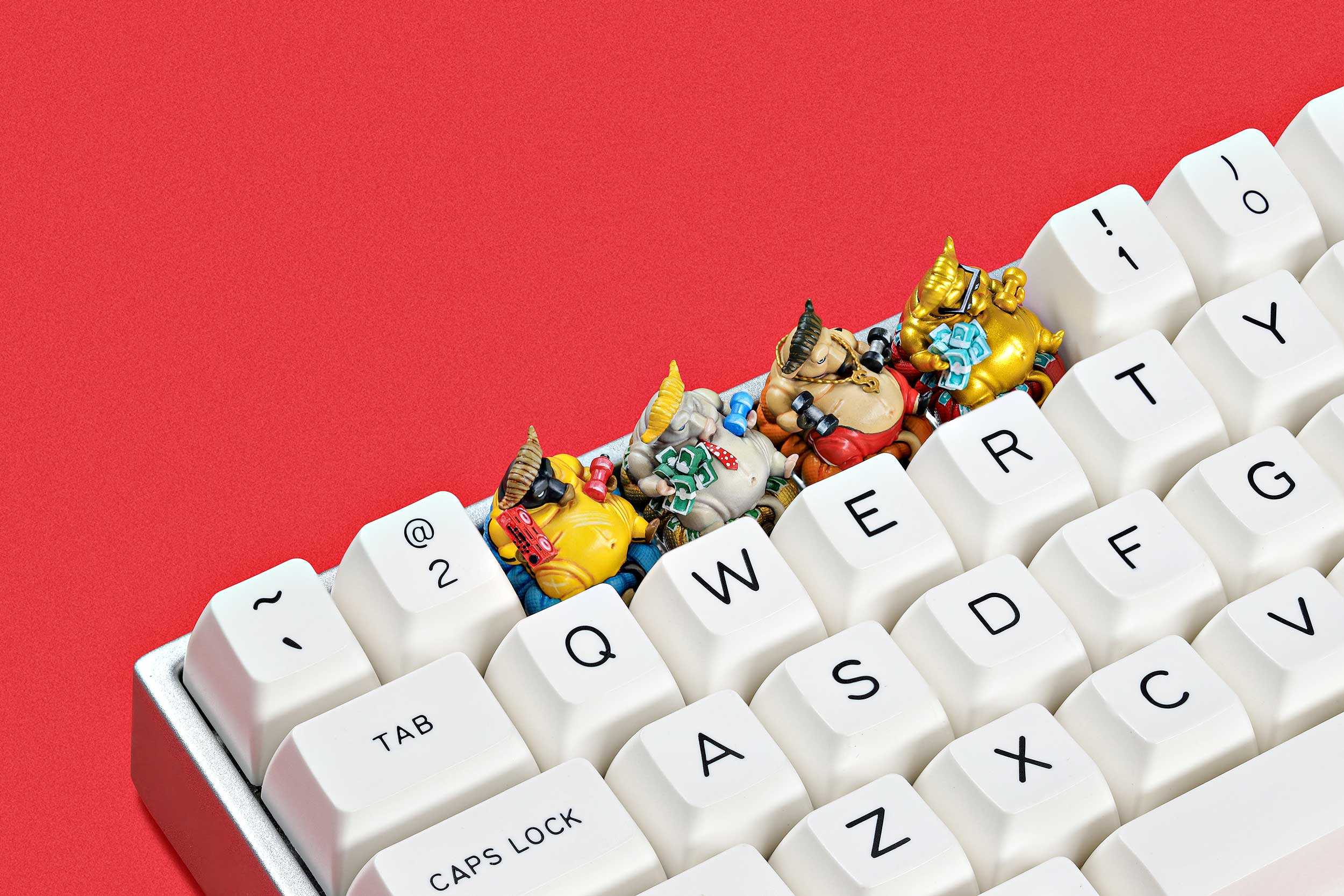 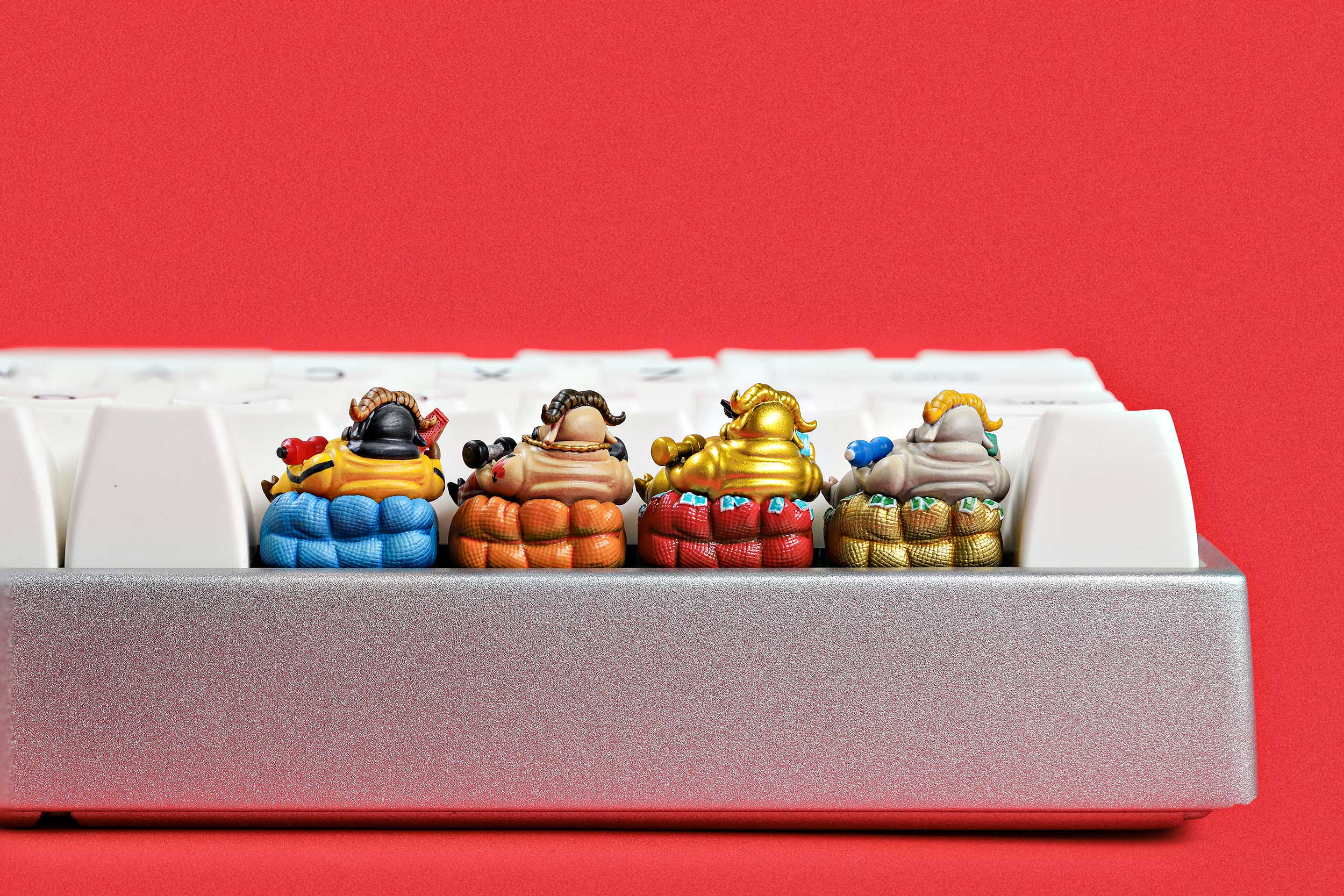 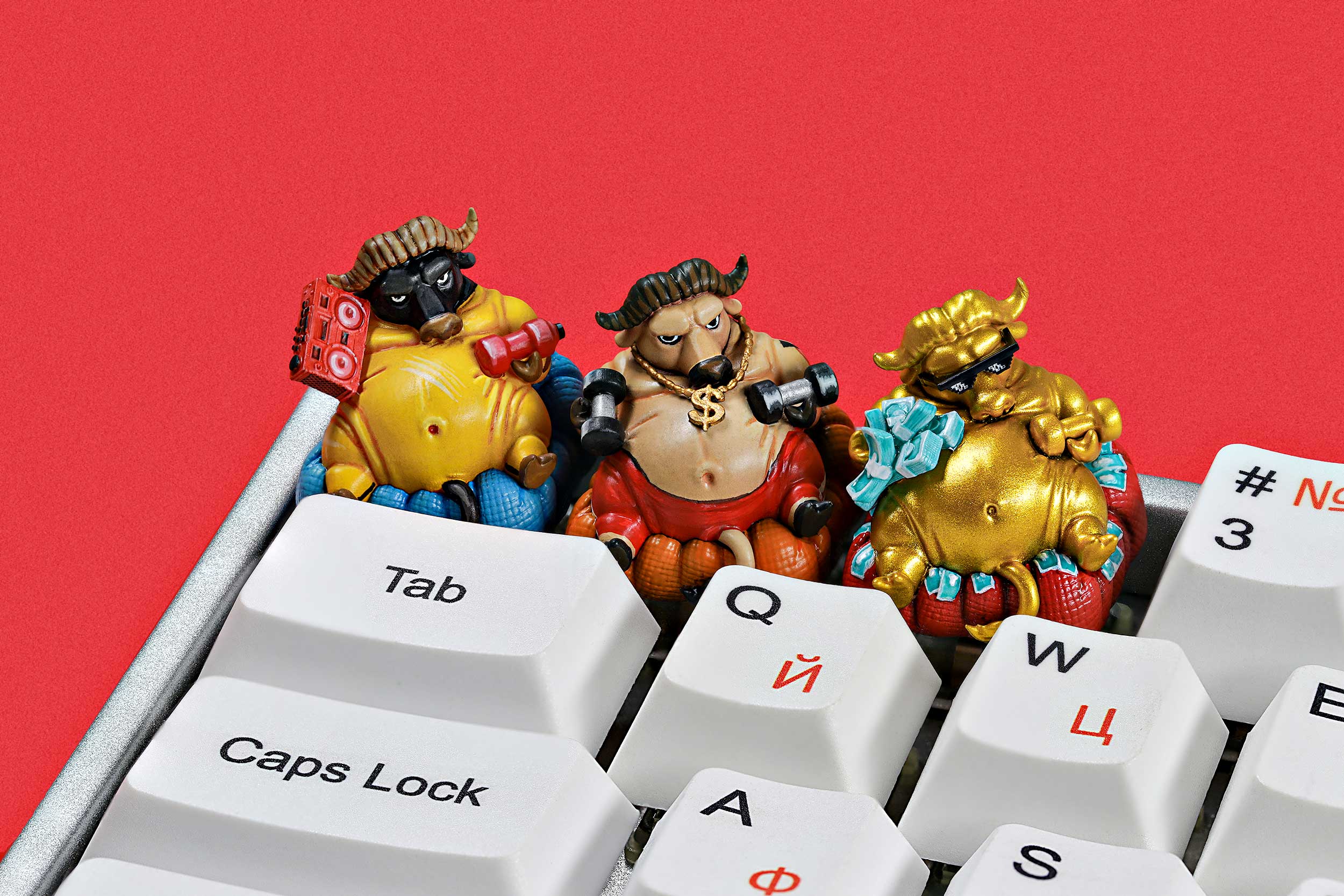 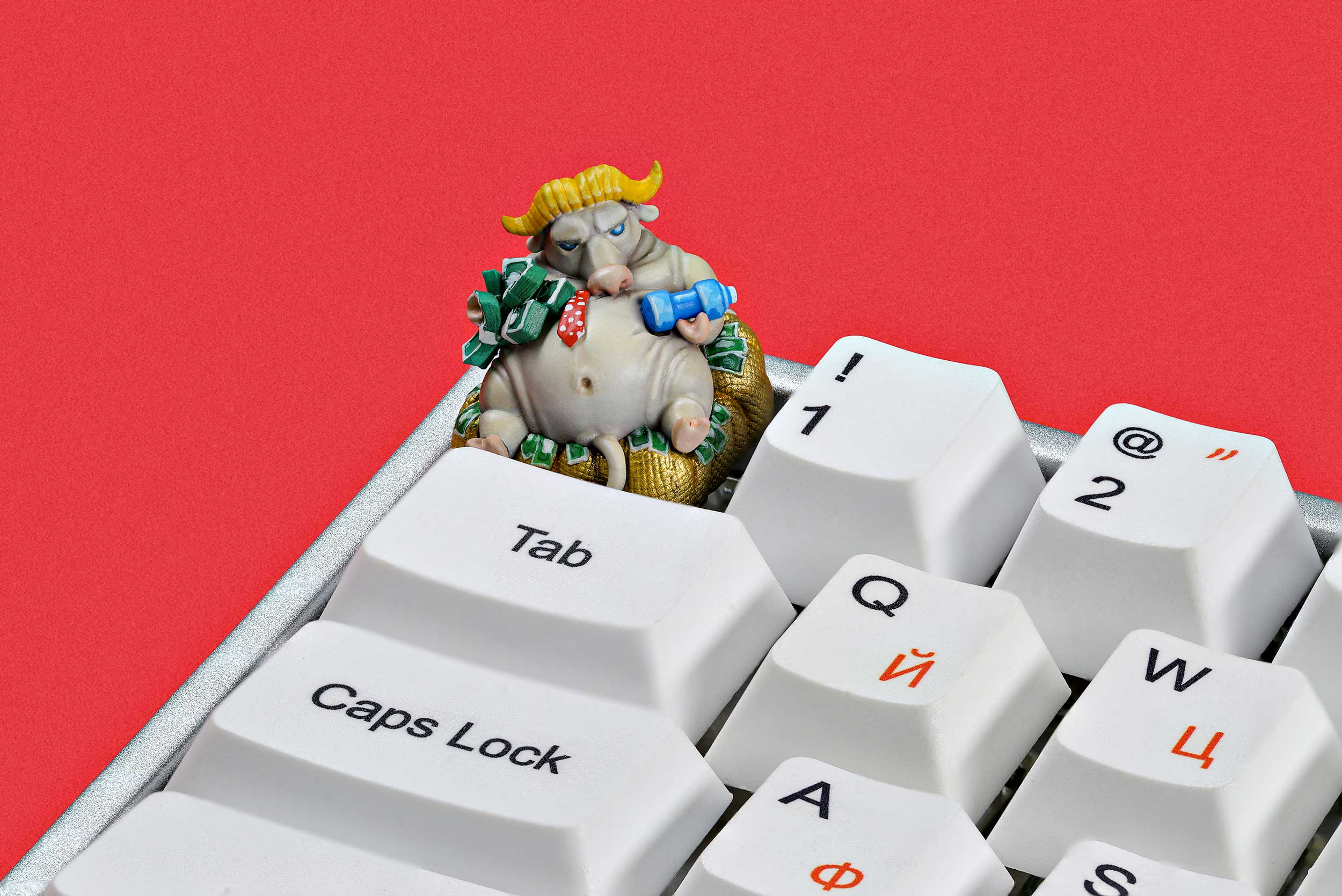 Now that the very special and strange year of 2020 is over, we say, there’s no use in worrying. Ring in the new year! Open up your doors and windows to let in good luck! Decorate your house with the beautiful spring flowers and red envelopes of new year’s wishes! It’s not all as there’s a whole bunch of other amazing ways for us to celebrate 2021 – the Year of the Ox in Asian traditions.

Continuing our previous new year series into 2021, Jelly Key is delighted to commemorate the second zodiac in the 12 animal cycle as we celebrate the Lunar Year of the Ox. Let’s discover the tradition and legend behind this iconic symbol as we take a fascinating look at the design and the fabled origins of the beloved beast that inspired the making of our keycaps.

From all of us at the Jelly Key team, we wish everyone a great and prosperous 2021. May good luck, happiness and strength follow you every step of the way. Happy New Year!

Be the first to review “The Mighty Ox artisan keycaps” Cancel reply
We have been practiced this policy since day one. At some point, we handled it very well, and fast, at some point, we failed due to communication issues.