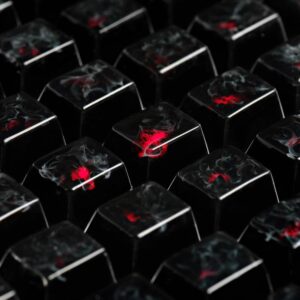 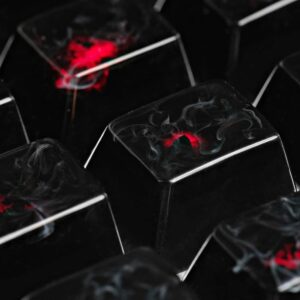 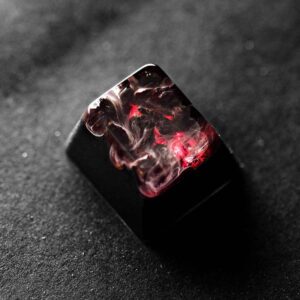 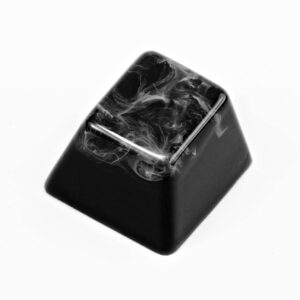 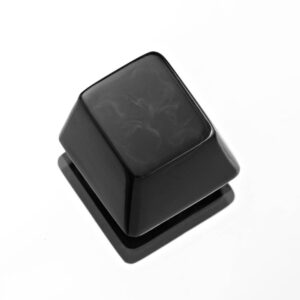 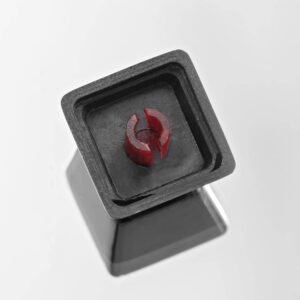 We ourselves don’t recognize ourselves as artisan, we are just a makers. That is why we are humbly learning from other great artisan our the world. An this time we learn from an Japanese artisan.

Our team was inspired by the Iwagumi layout, which is one of the most challenging aquascaping styles out there. The art style has been developed around 30 years ago by famous aquarist Takashi Amano. This type of aquascape represents not just a minimalist layout, it also reflects spirituality and love for beauty and simplicity.

We made the keycap by putting pieces of charcoal into the keycap, layer by layer, on top of that is a clear see through material. Beneath those layers are a red layer, which cannot be seen by normal eyes, you can only see that layer by turning on the led of year keycap.

Those combination create both peaceful effect when the light is off, and terrifying feeling when you turn on the light.

After a long year of working, Joiha team decided to do something new to our life, something that refreshing. We decided to go hiking. We had joy, we had fun at the beginning of the trip. But then without warning, the ground shook, the earth cracked, the sound of cracking earth combined with the cold of winter created exploding effect to our ear. Unconsciously we decided to drop everything, sitting down clasping out hand over our ears, tightly.

Our keycap creator was the first one recover, and all I could see was the profile of his face, we looked into each other eyes and knowing that thing is going to be bad, very bad. I looked into the sky, which was blue just a moment ago, was filled with black smoke, billowing upward in growing plumes. In front of us, through a dark veil was the lava that flows in thick rivers, burning down everything in it path as it went. We all knew that we could not out run the hot lava flow, so we decided to dig a hole, not for burry ourself, we did it to get the material to make our new keycap.

And then, I woke up from my nightmare….